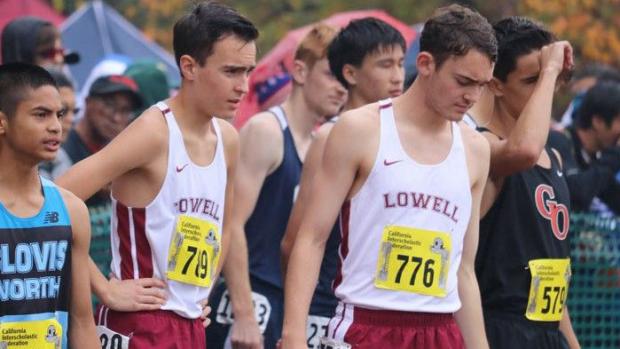 Lowell, led by Zachary Parker and Noah Battaglia, was again the dominant team in the San Francisco Section. (Photos by DeAnna Turner)

The smoke from the Camp Fire, the deadliest in California history, filtered west across the state from Paradise, northeast of Chico, and then south into the Bay Area. The resulting degradation of air quality forced the cancelation of two section championships and an abrupt mid-meet halt to a third.

The San Francisco Section was one of the meets most affected. Multiple schedule changes in an attempt to hold the All-City Finals at Golden Gate Park were fruitless as the smoke lingered and air quality remained above healthful levels through the last possible weekend before the CIF-State Championships.

The unfortunate result was that athletes from the state's smallest section were unable to compete for SFS supremacy and perennial champion Lowell was not able to officially extend its streak of team dominance. 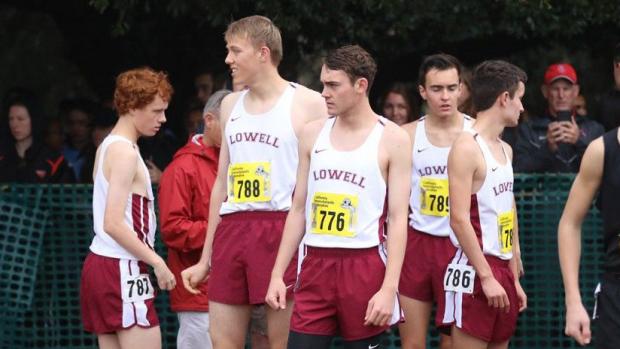 When the All-City Finals were officially cancelled, Lowell was given a pass into the State Final, and placed 22nd out of 22 teams in Division I.

Jamison Smallwood, a sophomore from Burton Academic was waived into the Division III race, as the only other boy from SFS to compete at State.

In 2017, Lowell's girls won the team title for the eighth year in a row and 39th time in 40 years dating to 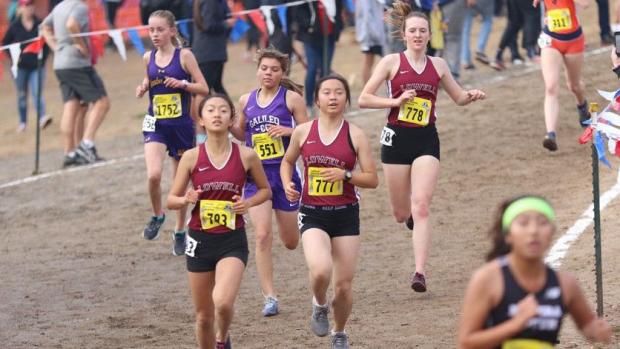 1977, the first year girls competed. As with the boys, the girls were waived into the State Finals where they placed 22nd out of 22 teams in Division I.

At State, Lowell's top two scorers were both freshmen, Elizabeth Holcombe (19:20.90 for 83rd place overall, 62nd among scoring runners) and Jenna Satovsky (19:40.60). In fact, there wasn't a senior among Lowell's top six finishers at State.

Lowell wasn't the only SFS team with representation at State. Galileo Academy of Science & Technology had two girls waived into the Division I championship race, sophomore Maia Piomelli and freshman Freya Wehrheim. 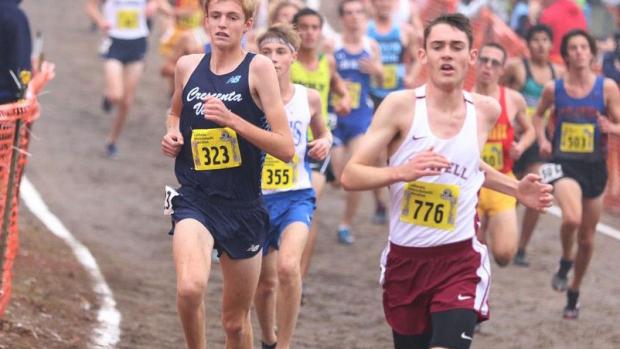 Noah Battaglia (Lowell, Sr.) -- Without question the section's top runner. A four-year varsity athlete who competed at the CIF-State Meet each of his four years, Battaglia closed out his XC career leading the section in both 3-miles and 5K. He ran his 3M best of 15:48.00 for 39th at the Mt. SAC Invitational and his 5K time of 15:55.50 for 27th at the Stanford Invitational. (#776 above, DeAnna Turner photo) 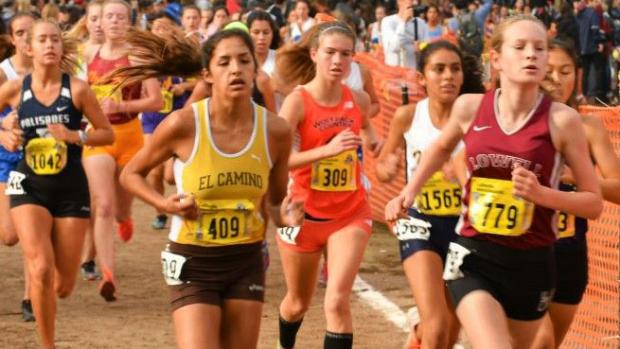 Elizabeth Holcombe (Lowell, Fr.) -- It was a tough call between Holcombe and teammate Jenna Satovsky. We opted for Holcombe based on her better finish at State, Clovis and Stanford. Her 19:20.90 at State was the top 5K in the section, as was her 14:23.50 for second at the Lowell Invitational for the 2.x short course. (#779 above, Dan Tyree photo)