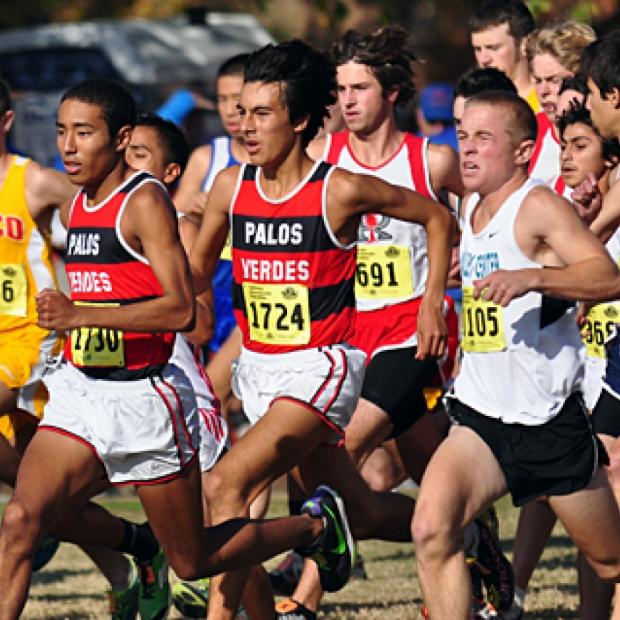 Friday, September 28th, will mark the 14th running of the modern Palos Verdes Invitational, with the original meet dating back to circa 1975. The PV Invite is known for a 2-mile course that tackles the fabled Agony Hill and features one-on-one races, so that the #7 runners have their own race, the #6's, and so on, culminating with the #1 runners showcased on the big stage. The team champion is crowned by totaling a team's best 5 positions out of the 7 varsity races, so a 1+1+1+1+1 = 5 is a perfect score.

We can speculate at the lineups we might see on Friday for some highly anticipated showdowns.

The individual contest within the boys' races figure to be full of drama as well. Josh O'Neill (Trabuco Hills), Will Teets (Palos Verdes), and Wade Nygren (Palos Verdes) enter with respective 3 mile times of 14:33, 14:57, and 14:59 at the recent Cool Breeze Invitational and they all figure to be fighting for the fastest time of the day! Additional potential frontrunners include Kentaro Vadney (CAMS), Max Wilson (Cathedral Catholic), Carson Hasbrouck (Flintridge Prep), Shea Smith (Pacifica GG), and Ewan Macfarlane (Peninsula). 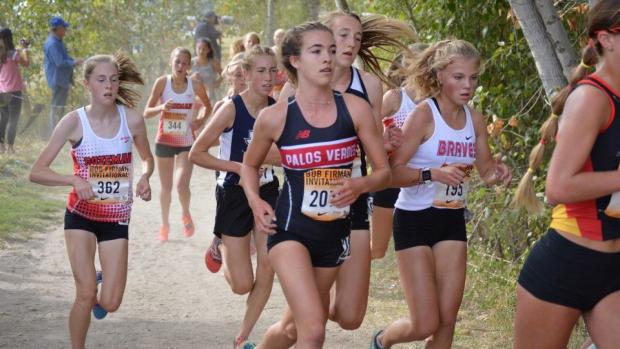 (While Malibu is among the teams entered, two-time Foot Locker National Champion Claudia Lane said Thursday afternoon that she will not compete. Lane, a senior, has been slow to open her 2018 XC season following a stress reaction injury in April that shortened her track season. She has only one result so far this season (17:59 for 3 miles at a league meet on Sept. 11). Lane had said previously that she hoped to start her season in October, a similar calendar as last season, and to also compete with her team in more league meets.)