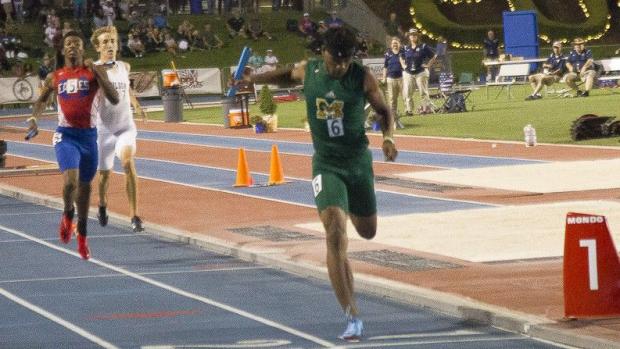 As post-season award selections go, this one is as clear-cut as they come.

What Christian Shakir-Ricks did at the CIF-State Championships to carry Murrieta Mesa to the program's first boys team title, is one of legend. 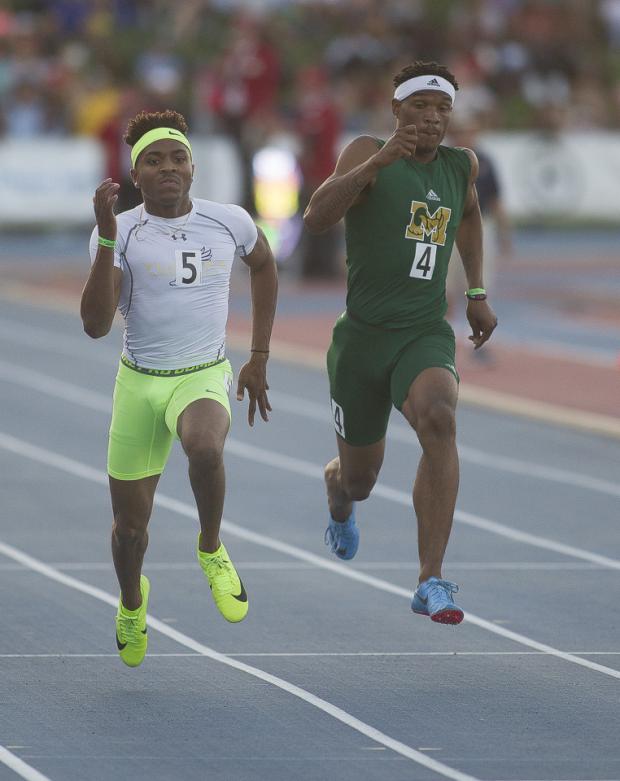 While some elite sprinters over the years have stepped aside to let a worthy alternate run a leg of the 4x400 relay in Friday night qualifying at the State Meet, Shakir-Ricks was not awarded such luxury. Nope, he ran all eight races over two grueling days in the heat at Clovis Buchanan High and still had plenty in the tank when it came time for his leg of that 4x400 relay at the end of the meet on Saturday night.

If there was fatigue from his previous seven races -- which included a sub-21.00 200m for the gold medal, a bronze in the 100m, and another on anchor of the 4x100 relay -- Shakir-Ricks was not about to let that interfere with his final objective. Galloping his way with the power of someone seemingly fresh, he blistered a 45.6 anchor leg and brought the Rams' team home with a US #1 time of 3:10.86 (CA #19 all-time).

"With him, it's just a mindset," Murrieta Mesa coach Aaron Ballou said in a post-meet interview. "I've never seen a kid that is more competitive than him. ... He split 46 (in prelims) and I was worried that he wouldn't have anything left in the tank today, yet he came back and did very, very well."

Putting the Rams on his back is what the Cerritos Gahr High transfer did the entire season. While he gained notice in the sprints throughout the spring, it's what he did once the CIF post-season got underway that earned him the 2018 MileSplitCA Boys Track Athlete of the Year honors.

At the Southwestern League Finals, he won both sprints and anchored both relays to victories. In the 4x100, he beat Great Oak's Grant Gaskins to the line for a narrow victory. Gaskins and Great Oak's 4x1 would go on to win the State Meet title and the Wolfpack would go on to win the Southern Section Division 1 title and place a narrow second to Murrieta Mesa in the final boys team standings at the State Championships. So, not your ordinary league meet. 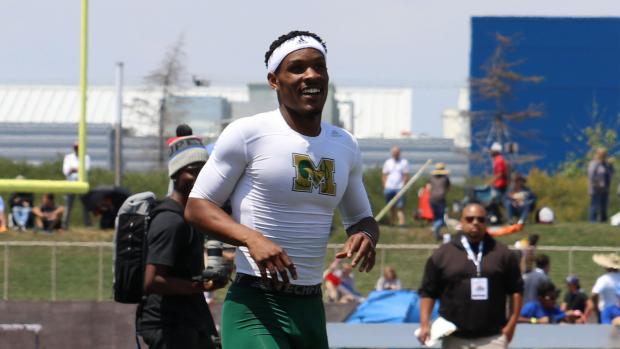 Shakir-Ricks continued to dominate in the Southern Section Division 2 Finals, winning the 100 (10.74/-0.3) and 200 (21.47/0.0) and again anchoring both relay teams to victory as the Rams won the title, the first for Ballou, the only head track coach the 10-year-old school has ever had. 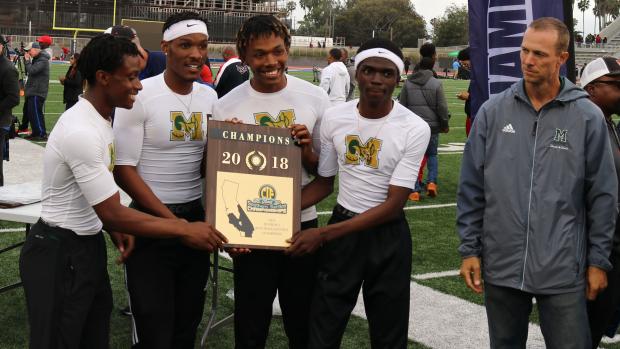 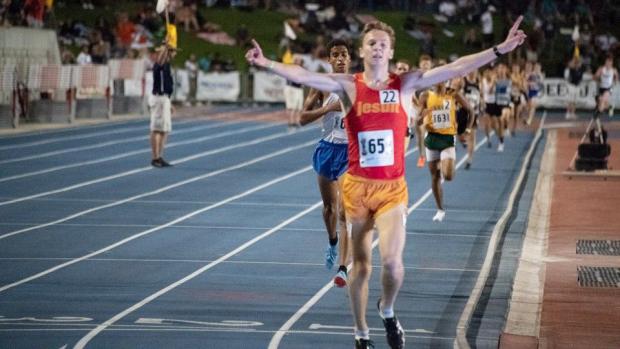