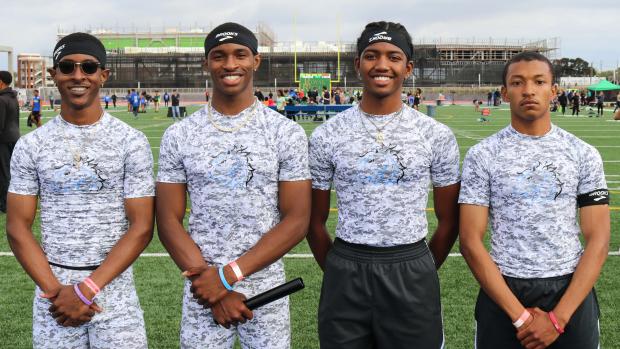 At the Los Angeles City Section Track And Field Finals, Carson won the girls team title for the fifth year in a row, and Dorsey won the boys title for the third consecutive year.

Carson's girls won in dominating fashion, compiling 121 points, well ahead of runner-up Palisades, which had 50.

Dorsey's boys have been the gold standard for the T&F in the LA City Section, winning for seventh time in the last nine years, eighth in the last 11, and 18th overall dating to 1966. 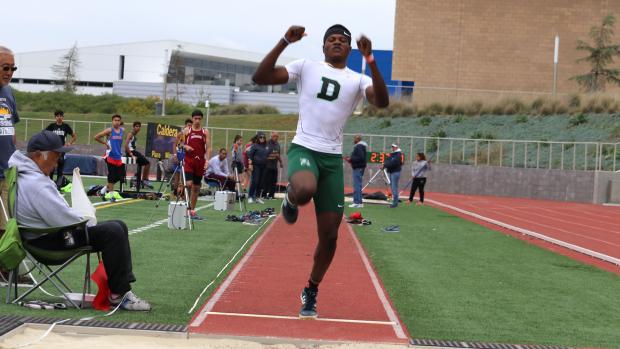 Senior Porte-Joie Tshiaba was the top star for Dorsey, winning the section title in the long jump (23-03.50) and high jump (6-6). He went to State in both where he medaled in the high jump, clearing 6-8 for 3rd place. (Jeffrey Parenti photo)

But Dorsey doesn't defeat Carson for the team crown without a few more key players, including seniors Julian Williams, Dajon Pulliam and Justin Armstrong, as well as junior Alex Sweeney. Pulliam gave Dorsey a 1-2 finish in the high jump and Williams got 2nd in both the long jump and triple jump. Armstrong was 4th in the triple. Sweeney was 2nd to Hamilton's Ryan Fields in the 300 hurdles.

Anthony Richardson took 2nd in the 100 meters, Henry Hood was 2nd in the shot put, and Dejonte Thomas was 4th in the 100m as Carson's other top placers. 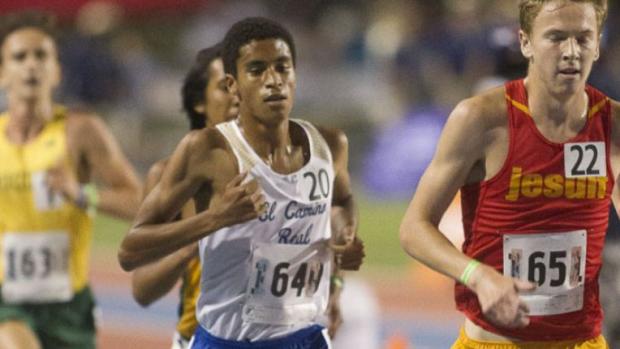 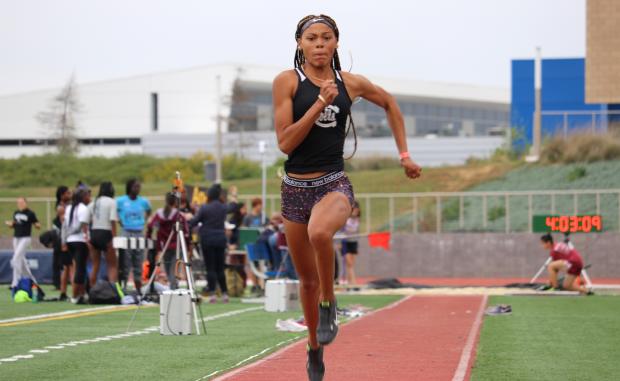 Carson's girls dominated the horizontal jumps with seniors Jonon Young and Jaylen Walker going 1-2 in the triple jump and 1-3 -- with junior Indiah Turner 2nd -- in the long jump. Sophomore Arrieya Harper was 3rd in the triple jump, completing the sweep. Young, headed to UNLV, won her third consecutive LA City Section triple jump title (39-7) and second in a row in the long (18-11).
Turner (pictured above in Jeffrey Parenti photo) added big points by winning the section title in the 300 hurdles (47.30). She went to State in the long jump, where she jumped 19-3 for 2nd. 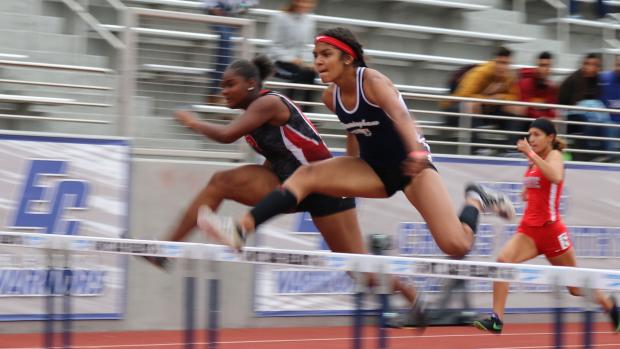 Other individual girls of note: 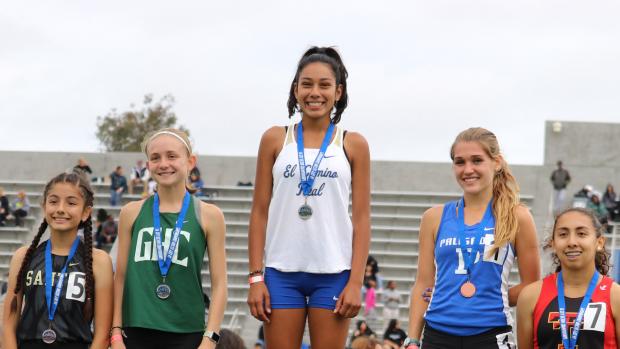