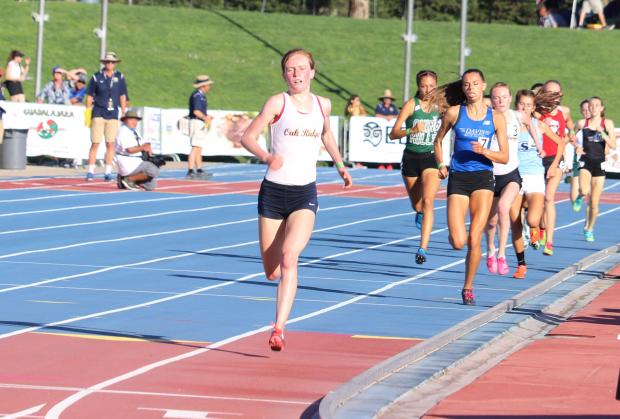 CLOVIS -- Where do we start with the 100th CIF-State Track & Field Championships?

How about with a pair of tiny redheaded twins from the western Sierra Nevada foothills who nearly won a girls team title all by their amazing little selves? Don't let the innocent demeanor of Maddy and Elena Denner disarm you. On the track, in the distances, they are calculated and relentless and feed off of each other as only twins can.

How about with a boys team champion that not only didn't win its league, but wasn't even the runner-up. Of course the Southwestern League isn't your normal high school track league and the third place team from that league, Murrieta Mesa, had an unstoppable, indefatigable star by the name of Christian Shakir-Ricks.

How about Norwegian pole vaulter Sondre Guttormsen, who set a meet record in his speciality and also snatched a silver medal in the 110 hurdles?

How about a girls team champion, Gardena Serra, that scored in five events but had just one win?

How about the boys sprints where state leader Asani Hampton (Yucaipa) was fast but not fast enough to hold off UCLA-bound football running back Kazmier Allen (Tulare) who won by a fraction of a second in 10.44 (0.7).

How about those who defended titles from 2017 and those who did not? Beginning with the defenders:

Those who did not: 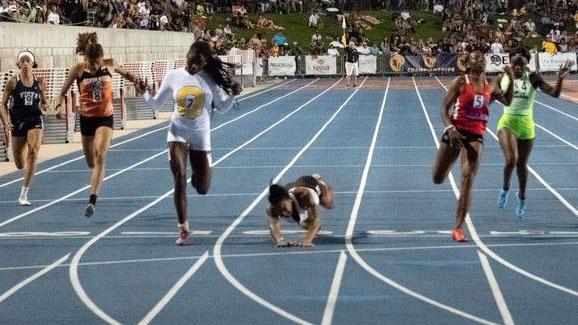 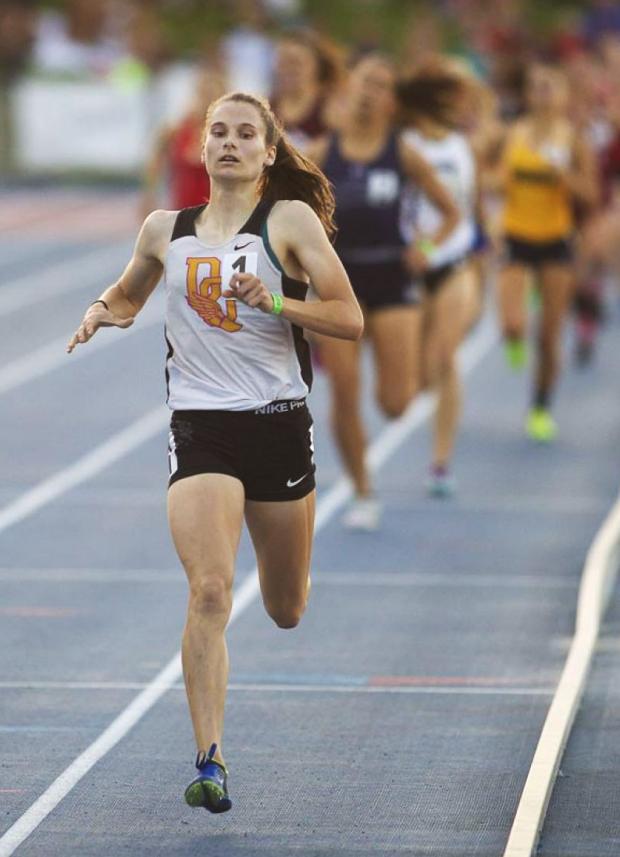 So, with Brewer unable to go, a steely-focused Cathilyn McIntosh, (Del Oro/SJ) runner-up each of the past two seasons, put down a 2:07.64 to take over the State lead during Friday's prelims and followed that with a 2:05.22 domination that was stunning in its Brewer-like execution. That time ranks US #2 in 2018 and CA #7 all-time and was run not too long after the peak temperature of 93 degrees at Buchanan HS had only slightly cooled.

McIntosh (Louis Amestoy photo), who just missed her previous PR of 2:07.62 in Friday's prelims, started the season running 2:21. She got down to 2:10.77 to win the Sac-Joaquin Section Masters Meet a week ago and continued to drop at Buchanan, more than 5 seconds from her Masters time week-over-week to finally take the top step on the awards stand at the State Meet for the first time in three tries.

"It's super special," she said. "I can't really explain it. To get the blue ribbon instead of the red, it's definitely great. And to PR with it, as well, is just amazing."