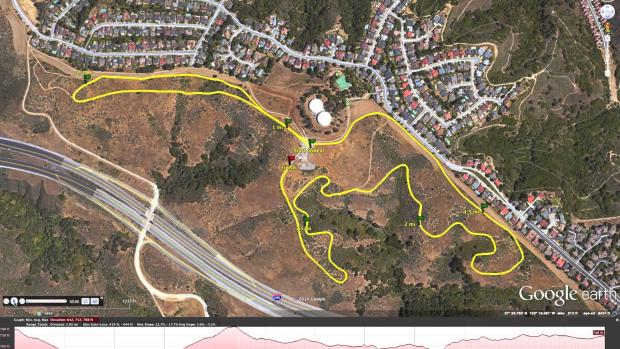 One of the best and historic invitationals on the Peninsula will take place tomorrow at the world famous Crystal Springs course hosted by Serra HS. The meet does lose a bit of it's luster with the Clovis Invitational also taking place tomorrow and the Central Coast Section meet being held at Toro Park this season. However, there will still be some terrific competition as teams from outside CCS come to test their toughness on the hilly course.

Here are some of the competing runners and teams that will race tomorrow that you should watch.

1) Lick-Wilmerding: The L-W boys are ranked in the top 5 in state in Division V and will be podium contenders at the end of the season. They will be led by senior Sean Laidlaw.

2) Santa Cruz: The girls' team is also ranked in the top 5 at state in Division IV. They are a senior-dominated team led by super talented Mari Friedman.

3) St. Francis, Mt View: Their top 7 boys will be at Clovis testing their national ranking against some of the best teams in California. Their next group of boys along with their girls will be competing at the meet and they will more than hold their own in the varsity races.

4) Bellarmine: Fresh off their WCAL victory this past Wednesday at Baylands Park, the Bells usually attend this meet and this year, they will be led by their tremendous duo of Meika Beaudoin-Rousseau and Alex Scales.

5) Cathilyn McIntosh Del Oro: Alyssa Brewer California HS made the big headlines two years in a row at the state meet 800 final. Quietly in 2nd place (both years) was Del Oro senior Cathilyn McIntosh. She will be racing here looking to post a super fast time.

6) Caroline Garrett Oakland Tech: The Oakland Section does not have a history of superb distance runners but this season, Caroline Garrett is putting everybody on notice and will be a contender for the individual victory here.

7) Marea Zlatunich Aptos: She had an injury-shortened 2017 Track and Field season and is on the comeback trail. She will be looking to put herself back in the mix of top runners in this year as she races on a very familiar course.

Live results will be posted thanks to Sean Laughlin (recordtiming.com) at this LINK.