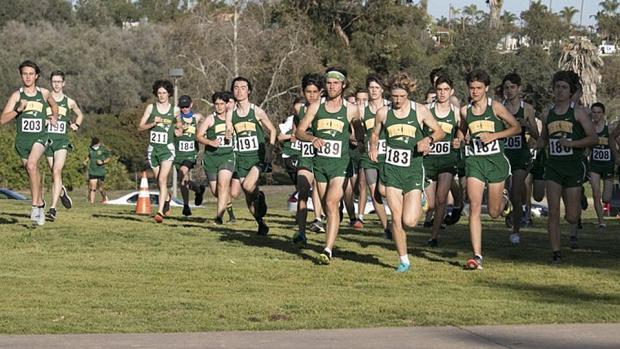 This article has been updated to correct the 2019 San Diego Section team champion in Division 4.

There is an element of mystery heading into the 2021 cross country season in San Diego after having a mini-season in the winter without a state championship. Because of the COVID-19 pandemic, different parts of the county approached 2021 in vastly different ways.  The South and East County stepped back 50 years or so and ran mostly 2.4 miles. The City Conference used Balboa Park and ran mostly 3.11 miles while the North County was all over the map.

Hopefully, everything will return to normal for 2021. It has been a while since the San Diego Section has had two strong contenders for individual titles based on their performances over the past two years.  Francis Parker's Kenan Pala (Lizette Adams photo) in Division V and Sage Creek's Bryce Gilmore in Division IV will be among the top three heading into the season.

On the team front, the section has not been a team contender very often ... no school has won more than one state title. Ever. Only three total. Ever. And it could well have been four based on how Santa Fe Christian finished last year in Division V. But there was no state championship to prove it. That's not to say it couldn't happen this year, however. Mt. Carmel in Division II has five quality runners returning and Santa Fe Christian loses just one runner from its top five. San Marcos and El Camino are strong in D1 but that division is impossibly deep and talented.