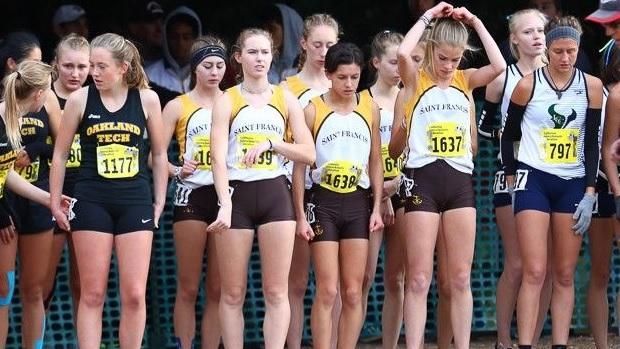 Now that we have had a break with no cross country in the fall, the hope is that teams could get back to race with some races during the spring. Based on results from the last competitive season, here are my picks of the top five teams counting down from five to one.

But before we get to our countdown, here are a few teams that just missed making the following list and I will list them in alphabetical order: Castilleja, Gunn, Homestead, Los Gatos, Lynbrook, Menlo, Sacred Heart Prep, and St. Ignatius.

No. 5-Willow Glen
The Willow Glen cross country teams have been led by one of the top coaches in the section, Victor Santamaria. He is also one of the few coaches who won an individual section title (in 1984) and then lead a team to a section title as a coach. Last year, the WG girls finished in second place in the Division II race behind the best team in the section, the St. Francis girls. They were led by three seniors but Coach Santamaria has proven to reload teams consistently even after losing multiple seniors from previous seasons.

No. 4-Monta Vista
The Monta Vista girls finished in third place at last year's CCS Division I race just missing the State Meet by 6 points. Over the past decade, the MV girls have been one of the most consistently good teams in the section and this coming season should not be any different. While they lose their top runner from last year, senior Triya Roy, MV returns the rest of their roster and should once again have five runners dipping under 20 minute mark on the historic Crystal Springs course. No. 3-Los Altos
The Los Altos girls (Malcolm Slaney photo above) finished a competitive fourth place in last year's Divison I race but only two teams advanced to the State Meet. This coming season, Los Altos will be led by the best individual runner in CCS, sophomore Lauren Soobrian. As noted above, Soobrian finished in fourth place in the uber-competitive Division I race at state. The Los Altos squad will also return their top six runners and will be looking to close the gap with their league rival and defending section champion, Palo Alto. No. 2-Palo Alto
The Palo Alto girls (Malcolm Slaney photo above) rolled to a SCVAL championship and dominated the Division I field at the CCS meet. They followed up that fine effort at the State Meet with an outstanding eighth place finish in one of the most difficult state finals in the nation. From a quick glance at the results, rising sophomore Hillary Studdert will lead the way for another strong Vikings squad. No. 1-St. Francis Mountain View
The Lancers had a historical season in 2019 with WCAL and CCS team titles as well as a podium finish at the State Meet. They finished most of their races with a gap of less than a minute for their top five runners with several races well within a minute like their league championship victory thanks to a 30.1-second gap. Junior Isabelle Cairns led the way most of the races and she will be back as strong as ever after an injury slowed down her progress in the spring. The rest of the team returns intact with no seniors from the 2019 season.