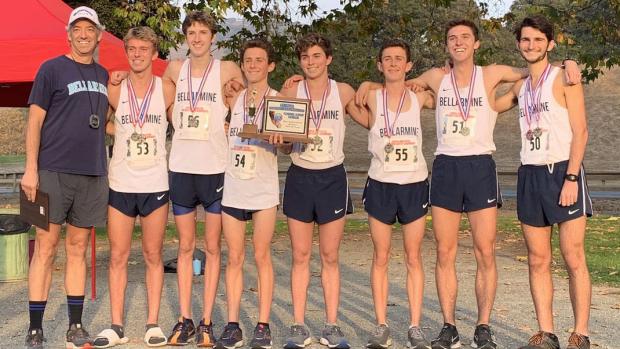 After a rescheduling because of poor air quality in the region as a result of drifting smoke from the horrific Camp Fire, the CIF-Central Coast Section held its cross country championships on Sunday (Nov. 18) on the three-mile course at Crystal Springs in Belmont.

Here's a division-by-division recap. (Team photos are courtesy of the CCS).

Palo Alto senior Henry Saul was a 13-second winner over Bellarmine sophomore Colin Peattie. Saul's winning time of 15:27.20 was the fastest among the five divisions. Senior Ross D'Orfani was fifth (15:59.10) in helping Bellarmine to 40 points and a 20-point team victory over Los Altos. Senior Owen MacKenzie placed third to lead Los Altos. Bellarmine, in winning its sixth consecutive title, had a 49-second 1-5 split in its 2-5-10-11-12 finish. 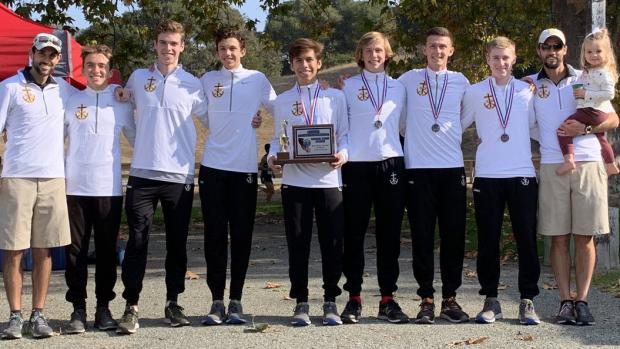 Colton Colonna, Eric Eng, Juan Pablo Garcia and Daniel Skahill went 1-2-3-5 to lead St. Francis Mountain View to an easy victory in the team race, their fourth consecutive division championship. Colonna's winning time of 15:31.10 was the second-fastest of the meet and 17.60 seconds faster than runner-up Eng. That trio finished 3-4-5, in that exact order, a year ago. St. Francis, the defending CIF-State champion for Division II, had a 1:02 1-5 split and a 15:58 average. 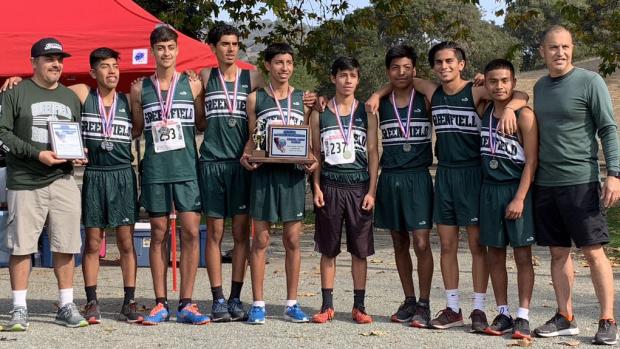 Monterey senior Isaac Gensel got the overall win (16:20.20) but it was Greenfield, a year after missing the title by 10 points, leaving no doubt this year in the team race. Seniors Rigo Garcia (16:23.70) and Mauricio Arias (16:37.30) went 2-3 to lead Greenfield to 47 points and a 26-point victory over Sacred Heart Cathedral. Defending team champion Aptos was a distance third with 110 points. Garcia was fifth as a junior and Arias was ninth in helping Greenfield to that runner-up finish in 2017. 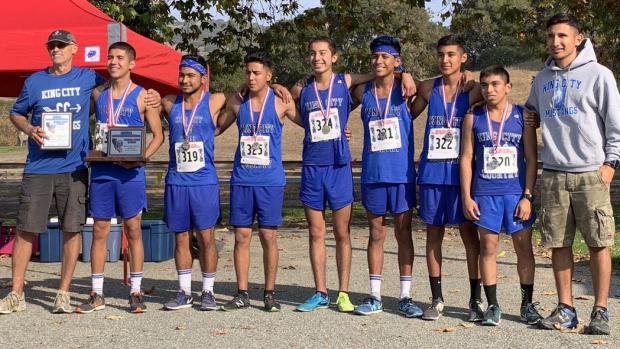 Marina senior Christopher Plascencia defeated Pacific Grove junior Will Stefanou for the individual title. Plascencia crossed in 16:14.70, 5.20 seconds ahead of Stefanou. (Plascencia was ninth as a junior in 16:32.90, two places behind Stefanou.) Junior Esteban Deniz was third overall in 16:22.30 leading team champion King City, a 24-point winner over Scotts Valley. King City, sixth a year ago, had a 35-second 1-5 split in its 3-6-9-10-17 finish. 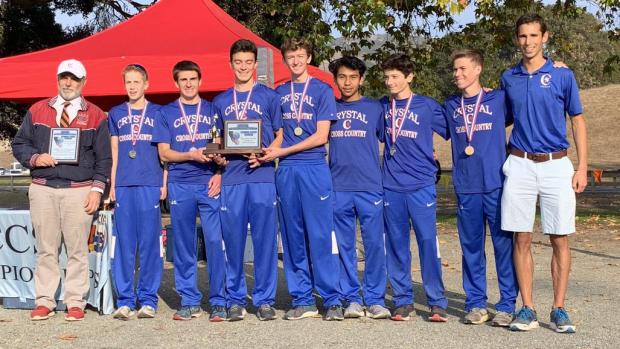 Nueva senior Caleb Dittmar, sixth here a year ago, ran away with the individual victory, crossing in 16:41.80, nearly 24 seconds ahead of York School freshman Michael Julian.  But the story in this division was the continued dominance of the boys from Crystal Springs Uplands School, winning a fifth consecutive title and the seventh in the last eight year. Senior Aiden Duncanson, runner-up a year ago, led Crystal Springs with a third-place finish in 17:15.80 with junior Jake Symonds 1.80 seconds behind in fourth. Crystal Springs had a 3-4-8-18-19 finish for 52 points, 31 ahead of runner-up The York School.