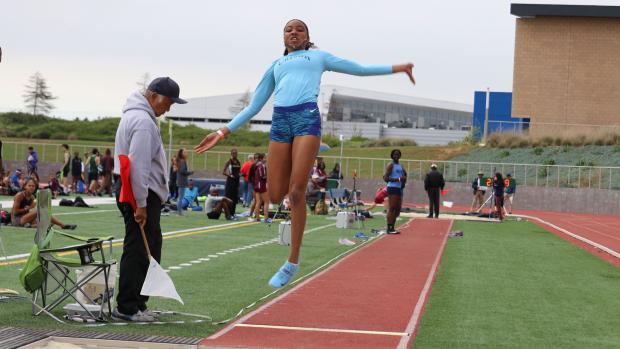 While the template held to form for the team titles and some of the section's top athletes, there were some outliers scattered across a seven-plus-hour meet that celebrated championships for varsity, frosh/soph and 'inclusive', or 'IS' competition for handicapped athletes. Also, the LA City Section is one of the few to conduct 'exhibition' 4x200 and 4x800 relays, which opened the running portion of the schedule.

As with most of the sections across the state, LAC was allotted three automatic qualifiers into next weekend's CIF-State Championships at Clovis Buchanan High. Additional athletes could continue their season by hitting an at-large standard. The standard is a combination of the average 9th place qualifying marks into the State Meet final from the previous three seasons. No fourth-place finisher at this meet hit an at-large standard and there were only nine marks that exceeded the standard, albeit among top-three places already qualifying automatically.

Between the Section's prelims (held last week) and finals, there were 48 elite 'Silver' level performances and seven 'Gold', all turned in by girls athletes and relay teams from Carson.

UNLV-bound senior jumper Jonon Young was first among them. Young, who came into the day ranked CA #7 in both horizontal jumps, won her third consecutive Section triple jump title (39-7) and second in a row in the long (18-11). 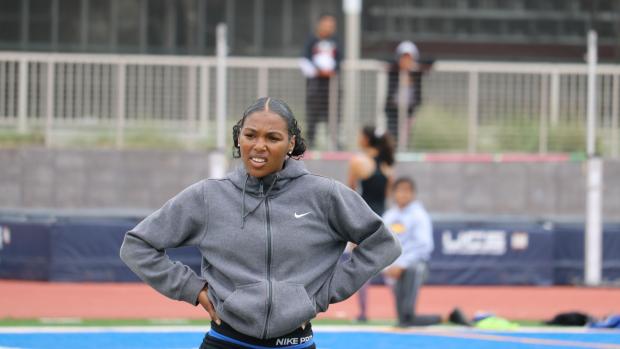 Young's teammate, Jaylen Walker, popped a PR in the triple jump of 39-3, an improvement of more than a foot, which kicks her up to 13th in the CA rankings. The irony? She did it despite dealing with an irritating bunion. Walker also advanced in two other events, including the long jump.

Another Carson jumper, Indiah Turner, who actually ranks ahead of Young on the CA list in the long jump, was second (18-8.25).

While the Carson girls won the LAC team title for the fifth year in a row, in dominant fashion with 121 points. Palisades was second with 50.

Bailey Jones (Palisades Charter), the top qualifiers in the long jump, struggled to find the board (three fouls in six attempts in a pit where more than 33 percent of the 54 jumps were red-flagged) and placed fourth (21-07.50), missing both the top-three automatic and the 22-4 at-large qualifier for State. But Jones, bound for Cal Poly SLO, didn't let that disappointment keep him from qualifying in three other events, the triple jump (where he came in as CA #9), the 110 hurdles, and the 4x100 relay. 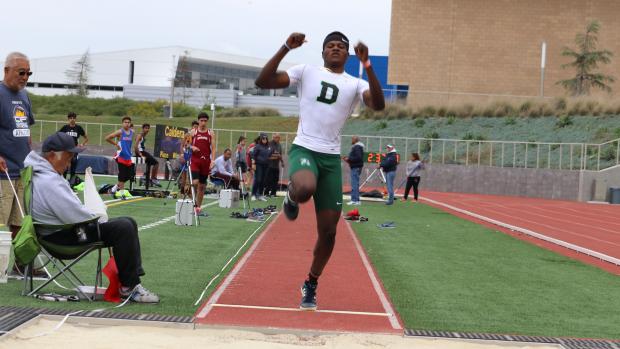 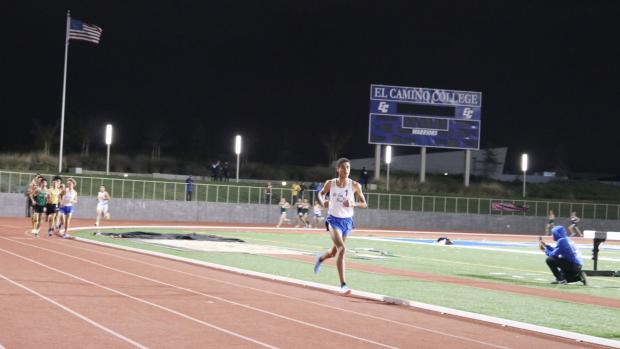 El Camino Real distance star Justin Hazell, the CIF-State Division 1 champion in cross country and CA #4 (9:00.60) in the 3200, defended his section title in the eight-lap race and qualified for his third consecutive State final. Hazell, bound for Portland University, who is also looking at races beyond the State final, said he knows it will take a sub-9-minute effort to win next Saturday night in Clovis.
Oh, by the way, his leisurely 9:22.02 winning time was 7.55 seconds ahead of runner-up James Corrigan (Eagle Rock). Corrigan, a sophomore, came in with the fastest time in the 1600 from prelims but dropped the four-lapper to the benefit of a couple of runners from Granada Hills. Junior Sean Larbaoui won the title (4:24.42) with teammate Matthew Rios, a senior, second (4:26.26). Junior Armando Ortiz (San Pedro) snatched the final qualifying spot (4:26.37).
In a battle of juniors, Jicel Fernandez-Ramirez (El Camino Real) took the 1600 title from 2017 champ Elizabeth Rene (Palisades). Fernandez-Ramirez crossed in 5:07.23 followed by sophomore Lauren Delgado (Granada Hills) in 5:07.68 and then Rene, grabbing that final qualifying spot in 5:11.74. 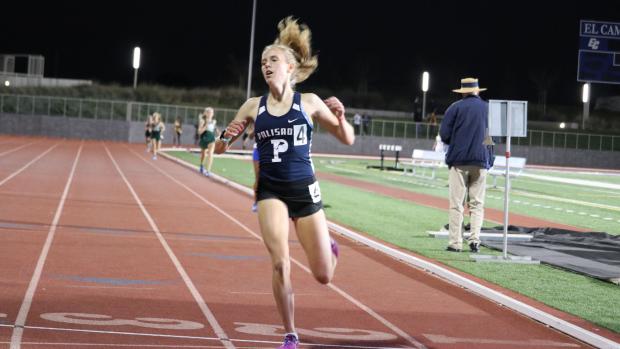 It was Rene's teammate, sophomore Sarah Bentley, who avenged the 1600 loss by outpacing Fernandez-Ramirez in the 3200. In defending her title, Bentley won the title in 11:08.70 with Fernandez-Ramirez second (11:12.19) and Delgado third (11:14.79).
Another 2017 champ unable to defend but still earning a spot for State was senior Maya Richardson (San Pedro) in the 800. Junior Brittany Darrow (Palisades) won the title (2:19.90) with senior Karina Arevalo (Kennedy) second (2:21.01) and Richardson third (2:23.17).
Jemar Jefferson (Narbonne), an exceptional football player headed to Oregon State, said he went out for track this season at the request of coaches at his future college. Jefferson said he has not been disappointed. On Thursday, the running back who led his team to a CIF-State championship in December, won the City Section 200-meter dash title (22.11/0.2) and also qualified for his first State track meet in the 100 (10.88/1.1) and 4x1 (42.56). 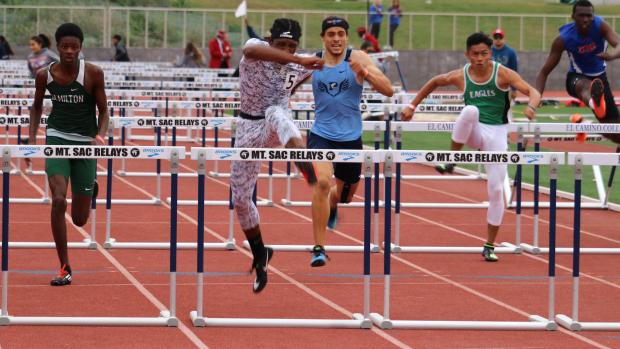 All photos by Jeffrey Parenti