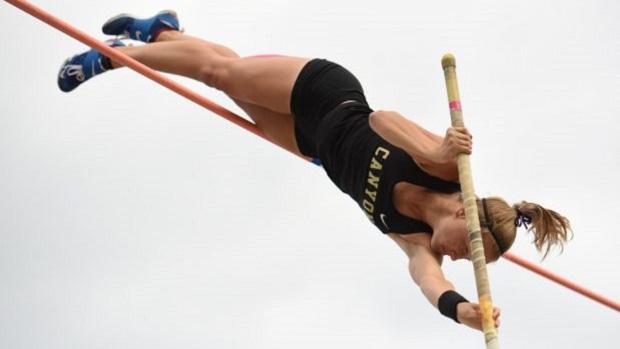 Let's be clear here: it's not easy to increase height when you're already as good as Rachel Baxter. 3.5 inches is no joke for a 14' 4" vaulter, and it's MUCH more likely that she will end up with something like 14' 5". BUT, you never know when someone is going to catch fire, and Baxter is coming off her first breakthrough performance after working through a nearly season-long plateau. Will she break the national record? The odds are against her. CAN she break the national record? Yes. Yes, she can. 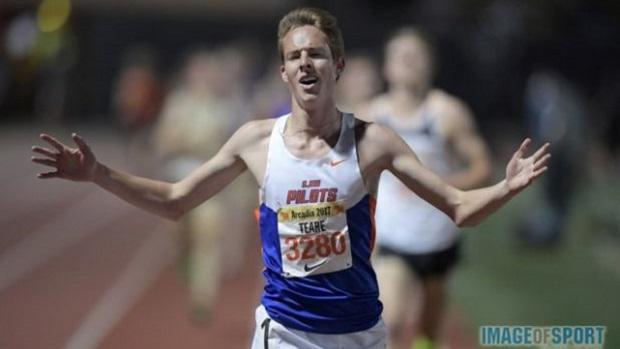 This is a tall order, even for a guy who has already run 8:41.46 this season. Teare's eyes are firmly set on German Fernandez' 8:34.40, which equates to 8:31.42 in a 3200, but will the race be conducive for a time that fast? It will be a crowded field on the track Saturday night, and if Cooper wants to run that fast he will almost certainly have to force the pace himself. I believe he has the ability to run this fast, but I'm not convinced this is the setting for it to happen. Plus, there's a risk - if he goes out hard and doesn't quite have it, which can happen just about any day to a distance runner, he could open the door for someone like Callum Bolger to steal his title. 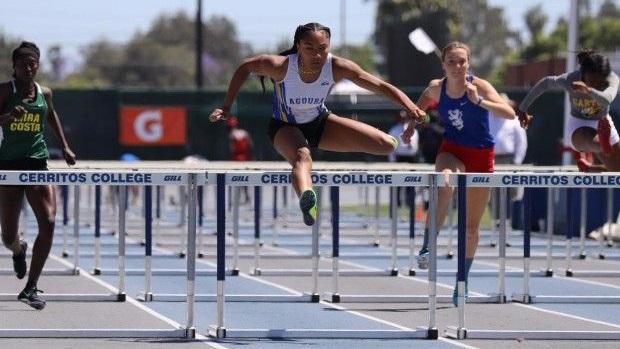 Tara Davis already has a 12.89, although it was wind-aided, and she has a legal 13.01 under her belt. Her chances of dropping under Tia Jones' record (set just last year) depend on how you interpret her results from last week. Did her drop-off in the long jump and hurdles mean that she has finally hit her limits after performing like a machine all season? Or were her Masters marks a result of the much cooler weather, a hard week of training, or a desire to survive and advance (maybe a combination of all three)? One thing is certain: when she's firing on all cylinders, she's one of the best ever and has a chance to light up the record books.

There are a few more national records that could happen, but seem a bit less likely based on performances this season. Shae Anderson has stated her desire to break the 400 record, but there's a lot of ground between her 51.99 and the all-time best of 50.69, even if she has had a ton of training to improve since that race. Claudia Lane has a very good chance to move into the 2 Mile top 10 list, but running the equivalent of 9:38.68 is probably too much to ask (at least for now). I also keep thinking that the Carson girls have a sub-45 effort in them, although running under 44.50 seems highly unlikely.