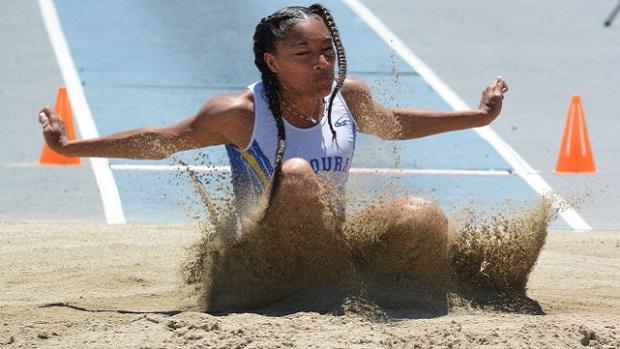 You would be hard-pressed to find a bigger favorite than Tara Davis in this event. She has been over 21 feet in three different meets this season, including her huge (and unfortunately wind-aided) 22-footers at Division Finals. Even when she isn't hitting on all cylinders, like last weekend, she still does enough to win. And one thing you must notice about Davis: she almost never fouls. That bodes well for this weekend, when the expected low-90's heat will only help her explosiveness and speed on the runway. 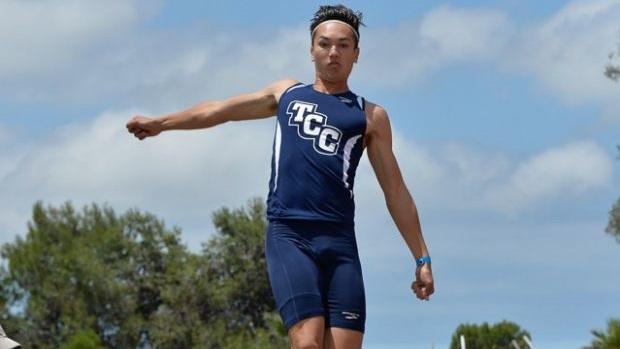 Things are not quite as clear on the boys' side, where the top 3 athletes are separated by only 2 inches. I give the nod here to the young man who has both the best overall mark this season, and also the top returning result from the 2016 state meet. Matt Deroos was 5th in Clovis last spring, and has been over 24 feet this year. The one down indicator: he has been a bit inconsistent in recent weeks, dipping below 23 feet twice in May.

As dominant as Davis has been, the rest of the field could end up battling for second place. One contender is Nicole Warwick, who has been over 20 feet twice in her last three meets, including a PR last weekend. Zhane Smith broke out of a mini-slump with at 19-foot jump last weekend, her first since late March, which is a good sign for this weekend.

To be honest, Sanjay Kettels and Bryan Thompson should be considered co-favorites. Both are riding season-best performances into the state meet, and both wen beyond 24 feet in the last two weeks. Kettels has a 6-meet streak of jumping 23 or better, while Thompson has done the same in the last 4. This is going to be one heck of a competition!

Everyone else in the field has shown flashes of brilliance but has been inconsistent. Katherine Jackson popped a 20' 1.5" jump in late April, but has been right around 19 feet since then. Same for Yinka Braimah, whose season best of 19' 10" three weeks ago was followed by two straight 18-foot performances.  Both have the potential to make the podium, but both could also fall back into the middle of the field.

In the long jump, you can sometimes see performances that seem to come out of nowhere, but most of the time you see hints of the potential. That's why you should keep an eye on Seth Enochs, who has a season best of 23' 11.5", and Michael Hull-Littlejohn, who hit 23' 9.5" earlier this year.