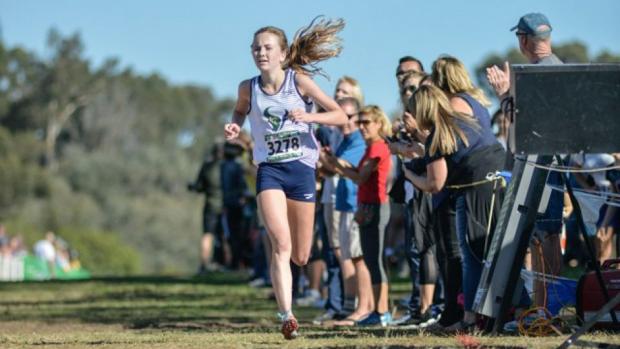 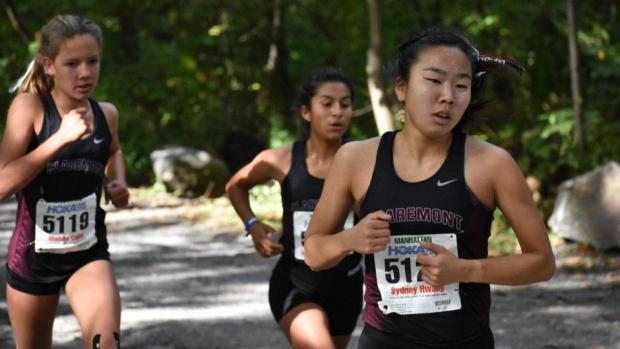 The story has been well documented. La Costa Canyon's Kristin Fahy was cruising along all alone in front of the Division III championship race last November at Woodward Park, passing the two-mile marker running smoothly with a solid lead. But when the runners came up the grass for the final sprint to the finish, Fahy was nowhere to be seen. An illness had sapped her strength and she fell with about 300 to go, was knocked down trying to get up, and never did finish. That unimaginable memory has fueled a senior season that has been the best among girls in the state. Now competing in Division II, Fahy nonetheless won a third consecutive San Diego Section divisional title. How strong has this season been for the Stanford-bound runner? Great Oak junior Tori Gaitan, who just won the Southern Section Division I title, has lost just one race of consequence this season. And that was to Fahy at Mt. SAC. But just showing up and taking the line won't get it done for Fahy. She'll be challenged, no doubt. Claremont freshman Maddie Coles won the Southern Section title, looking strong in kicking away from the field despite struggling with asthma pre-race. She won by 11 seconds over Riverside J.W. North sophomore Makayla Browne who crossed just a second ahead of a cluster that included Ventura junior Madeleine Locher and two others from the Class of 2022, Emma Hadley of Anaheim Canyon and Tiani Goeson of Serrano. Mission Viejo's Yale-bound Kelli Hines was seventh here last year and is the top returner. Granada's Colleen McCandless just won the North Coast Section title. She is the No. 2 returner. Simi Valley sophomore Jill Walker is the No. 3 returner. Claremont senior Sydney Hwang, toeing the line for the fourth year in a row for the two-time state champions, was 10th last year and is the No. 4 returner. Oakland Tech senior Caroline Garrett (10th at last year's finals in D-I, now competing in D-II), hasn't raced in a month. She would have been the No. 7 returner in D-I. Her time of 17:57.20 would have placed her sixth in D-II and she would have been the top returner.  Fahy has the division's top 5K time (17:08.50), well ahead of runner-up Hwang (17:32.40), both from the Stanford Invitational at the end of September. On the Woodward Park State Championship course at the Clovis Invitational in early October Walker ran 17:53.80. Only five dipped under 18-minutes in the D-II final last year, won by Capistrano Valley's Haley Herberg in 17-flat. Herberg is now at Oklahoma.

Claremont has won the last two state titles and the last three Southern Section titles. Last week, the Wolfpack ran away with the SS title despite some of the top seven fighting illness. A healthy Claremont likely means a third title and second consecutive bid to Nike Cross Nationals. While Granada is coming off a North Coast Section title, it only gets three-days rest between the delayed section finals and the State Meet. The North Coast final had to be rescheduled from Nov. 17 to Tuesday because of unhealthful air quality in the region as a result of smoke from the Camp Fire. San Diego Section champion La Costa Canyon, Southern Section challengers Mission Viejo, Saugus and Serrano, and Sac-Joaquin Section champion Sacramento St. Francis all figure in the mix for podium spots.