Two-time Foot Locker National Cross Country champion Claudia Lane, a senior at Malibu High, sat down with MileSplitCA on August 8 to chat about, among the topics, her recovery from an injury that ended her track season, training, recruiting, and expectations for the fall XC season. The interview is broken into two parts: The Q&A below and the attached video above, which also features highlight clips from her 2017 cross country season. MileSplitCA conducted a follow-up interview via email on Aug. 27 and those updates are noted below.

Lane also was named the Gatorade California Girls Cross Country Runner of the Year for the second year in a row. She concluded her cross season on the USA team at an international competition in Scotland.

It was a season for the ages and a two-year run into the history books.

But her junior year track season last spring, where Lane was looking to repeat as Section champion in the 1600 and 3200 and State champion in the 3200, was slow to start because of illness and ended abruptly in April because of a stress reaction injury in her left tibia (just above the ankle).

For three months from her last track race April 21 (Brooks Mt. SAC Relays at El Camino College), Lane said she did not run. In the void when she wasn't adding miles pounding the pavement, she said she still managed to stay in shape while allowing her injury to heal.

How is that possible? 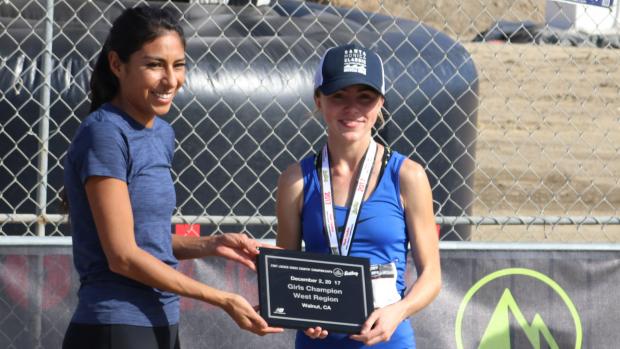 Lane said she stayed in shape cross-training in a pool, swimming and aqua jogging, and also working out at the gym on an elliptical machine. Two weeks before she attended the Nike Elite Camp in Oregon in late July, Lane said she was cleared to start running.

(As of our initial interview on Aug. 8, Lane said she was still spending more time with her cross-training routine while occasionally integrating road miles into her schedule. In this week's follow-up interview, she said she is running a lot more while still cross-training.)

Asked during the Aug. 8 interview if she thought she was in better condition now than in the spring, she was quick to answer: "Yeah, for sure."

Lane said she wants to get her college official visits out of the way, hopefully in September, with plans to begin her competition schedule in October, which is similar to the calendar she followed in 2017.

Lane discussed recruiting to a point. She said she has a handful of colleges she is considering but didn't want to go public with her final list until she has had a chance to talk to schools no longer on it. She said she wants to have a decision in the fall and sign during the early National Letter of Intent period beginning Nov. 14.

Question: After the two cross country seasons you have had, do you feel pressure to repeat that level of success?

Q: After the 3200 race at Mt. SAC in April, did you know your season was likely over at that point?

Q: Did you pay attention to what happened at the end of track season and how hard was it not to be out there competing?

Q: What was the lowest point after your injury?

Q: How was that first time being back on the road after not running for so long?

Q: How much running are you doing now?

Q: What is your cross-training routine?

Q: Have you set your race schedule?

Q: Where are you with the process of choosing a college?

Q: What do you want to study in college? 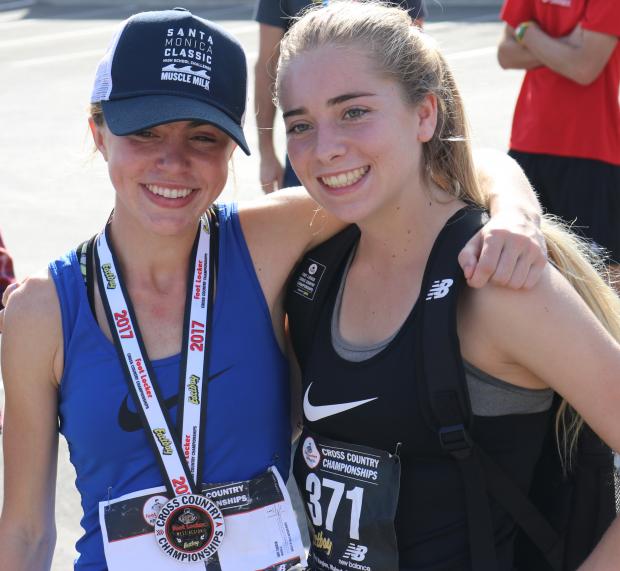