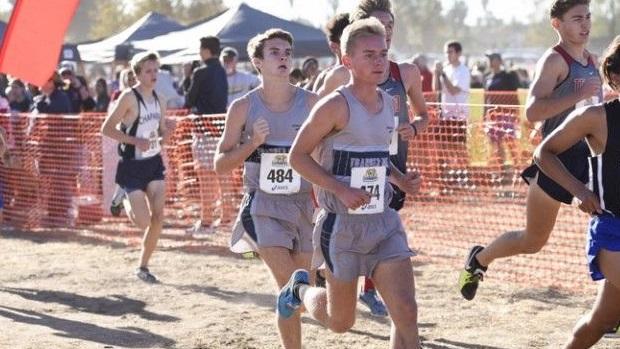 This is a big year for Trabuco Hills, as you can see from the one number that's repeated over and over in the returning list below: 2019. With a top 10 potentially composed entirely of seniors, it's now or never for the Mustangs! Well, not never of course, but you get the point - there should be a powerful sense of urgency on this year's team to make the state meet, which all but guarantees them a top 10 finish in Division 1. It won't be easy, because the Southern Section is LOADED with talented D1 teams this fall.

There's more to this team than just a massive senior class: Trabuco had a good track season, ranking 12th in California for the returning team 1600 and 19th for the 3200. Josh O'Neill is a budding star coming off a 4:19/9:25 outdoor campaign, and Massimo Fry seemed to take a big step forward in the spring. Right now I would rank the Mustangs right on the bubble of getting out of the Southern Section, somewhere between 6th and 9th in that D1 race, and I'm betting that senior leadership will put them over the top.

The purpose of the Countdown To XC is not to predict the top 30 teams in the state for the upcoming season (although we certainly hope that the top 15-20 teams are included in the countdown at some point). The goal is to recognize thirty teams to watch as cross country begins, using data to uncover squads with strengths that stand out from the pack. The countdown is also not meant to be in a strict order, because it's impossible to sort out several teams of similar strength at this point of the season.