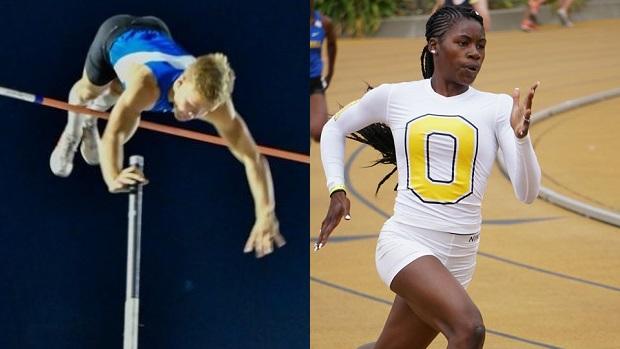 Sondre Guttormsen (Davis) and Tierra Robinson-Jones (Bishop O'Dowd) were named Gatorade Athletes of the Year for Track & Field. The two stars will now be eligible for the National Athlete of the Year award, which will be determined later this summer. More information can be found on the Gatorade Player of the Year website.

Guttormsen, who moved to Davis before the start of the school year, is headed to UCLA next fall. He broke the CIF State Meet record with a vault of 17' 10". His season best of 18' 2.5", from Arcadia, ranks fourth in the nation this season.

Robinson-Jones won both the 200 and 400 at the CIF State Meet, posting the #1 time in the state and #3 in the nation in the process. She also has the fastest wind-legal 200 time in California this season. She will join the Aggies of Texas A&M next school year.