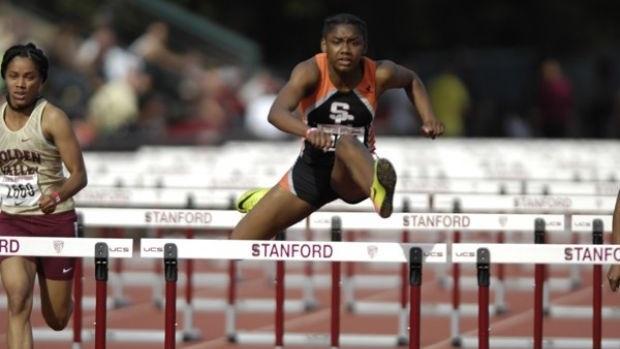 The Central Coast Section is Jan Brady when it's compared to the other nine sections in California. Hopefully, you are all keeping up with my Brady Bunch reference so let's continue. It's not quite Marcia (Southern Section) and definitely not Bobby and Cindy (San Francisco and Oakland). Despite its middle child complex, the section once again did quite well against it's more popular siblings.

Senior Arianna Fisher (Silver Creek) won her first state title in the triple jump against a loaded field. She recorded a winning jump of 41-7 to win which ranks her as US #9 in the event.
Junior Laurel Wong (Santa Catalina) also won a state championship in her specialty, the pole vault. She boasted her lifetime best to 13-2 at the Sacramento Meet of Champions and will be back next year to defend her state crown.
Senior Jason Gomez (Westmont) finished in 4th place at the 2017 California State Track and Field meet. This past season, Gomez won the state championship with the 2nd fastest time ever run by a CCS athlete, 1:50.21 (Rick Brown Los Altos 1:50.10c). The last CCS male athlete to win the state title in the 800 was Craig Magness of Santa Teresa in 1990.
Senior Alex Enos (St. Ignatius) finished in 2nd place at the California State Track and Field meet. He had a personal best of 25-0 at the CCS Top 8 meet. Only 3 other CCS athletes have surpassed the 25 foot mark in history.