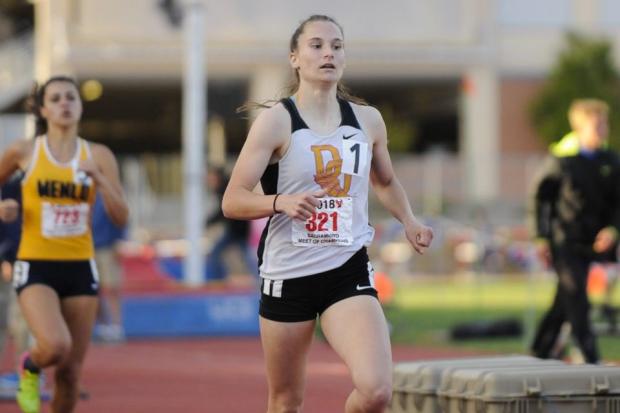 Before we head toward the league championship season, the Sacramento Meet of Champions once again had some of the best track and field athletes on full display at American River College in Sacramento. As you will see below, many of the top competitors will have a big impact at the upcoming California state track and field meet and several will have a shot at state titles or at the very least, podium finishes.

Among some of the highlights and top efforts from the meet, you can see that some are California #1. The runner-up in the 800m the past two state finals, Del Oro senior Cathilyn McIntosh (Dan Bingham photo above), who was injured earlier this season seems to be rounding back into shape at the right time and recorded the victory on Saturday. You also had two breakthrough performances for Eric Robertson of Merrill West in the triple jump and Juan Zarate-Sanchez of Davis in the 800. You can check out