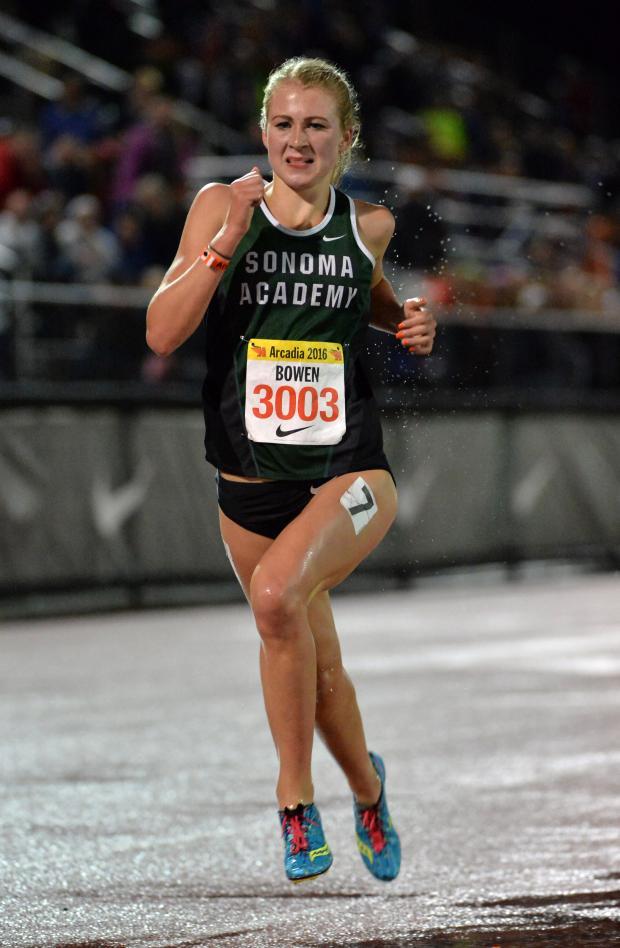 The sub 5-minute 1600m. has typically been the mark that separated the best female high school distance runners from the rest of the field. That mark proved to be a tough one to crack at this meet due to the fact that the 3200m. race usually attracted most of the top distance runners. Last year, Redwood junior Gillian Wagner finally lowered the meet record below the 5 minute mark with her winning effort of 4:55.35. She is currently entered in the 800m. and 3200m. so the best she could do in this event is hang on to her meet record for one more season. The 2nd fastest time run at this meet belongs to Homestead senior, Elena Kamas. She finished 2nd to Wagner last year with her 5:01.59. The favorite to win this event appears to be Sonoma Academy senior, Rylee Bowen. After winning two state cross country titles as a freshman and sophomore, Bowen finished in 6th place at the state meet as a junior. She rebounded from a 3rd place finish at the NCS MOC XC meet at Hayward HS to win her third individual state championship. That placed her tied for 2nd for most individual titles in Division V with former Head-Royce runner Clara Horowitz and just behind the four state titles won by Jordan Hasay. Bowen has the best PR in the field by far with her 4:43.92 but don't count out the following runners. Sonora senior Cassi Land has a best of 4:56.26 and is undefeated so far this season with two victories at the Pitman Distance Wars. Kamas will be back as well with the hope of improving her 2nd place finish from last year. San Ramon Valley will have three runners in the field with the Tavella sisters (Kate and Emma) and Amanda Olla. 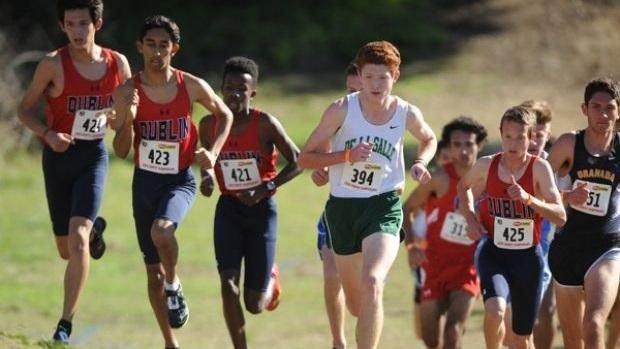 The fastest entry time in the field belongs to Redwood senior Zach Martinez. He followed teammate Liam Anderson to a lifetime best of 4:17.59 at last year's MCAL final. He raced very lightly during the fall cross country season so his best efforts may be due later in this season as well. De La Salle junior Connor Livingston won the individual title in the hotly contested NCS MOC Division II race in the fall. He has a best of 4:18.10 in this event and earlier this season won the Sacramento State Track Classic 3200m. with a PR of 9:24.62. I think Livingston is a slight favorite but watch out for Carlmont senior Ryan Wilson. Wilson has the best 800m PR in the field with the 1:52.92 he ran last year to place 3rd at the CCS final to qualify for the California state meet. He has also run 1:55.64/4:18.87 this season which shows he is fit now and ready to drop a fast time. Las Plumas senior Brian Hastings won the Northern Section 1600m. as a junior and recorded his PR at the state meet with his 4:18.38 PR. A couple of other runners that won't be afraid to mix it up with the lead pack are Munir Kabbara of San Rafael and Karl Winter of St. Mary's Stockton.