If all Brian Weaver did was host the CIF State Meet, it would be enough. 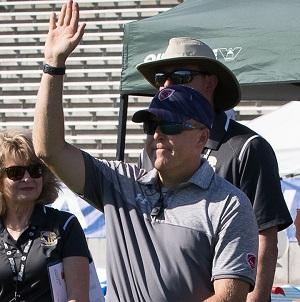 It would be enough for the long-time Buchanan coach to be known and respected across the state, as California's track & field championship is the best in the country in terms of both the talent on display and the smooth operation of the event. It would be enough of an impact on the state's high school track and field scene, and it would be enough work for one man. CIF official Brian Seymour says, "Each year he has something extra planned to make the athletes' experience better. The State meet is a monster to organize and plan. You can imagine all of the logistical issues of putting on the meet, requests from coaches, administrative tasks, media relations and fan expectations. It goes on and on. His attention to detail and work ethic are off the charts and this is demonstrated each year in June when Buchannan and Clovis USD host the CIF State Meet.   We are lucky to have him as our meet director."

Of course, that's NOT all that Coach Weaver does. Far from it, even when you only consider the many other meets Buchanan hosts during track and cross country season. From Central Section Masters to major invitationals, Weaver oversees a world-class facility in Memorial Stadium and provides a world-class meet experience for countless athletes from the Central Valley and beyond. 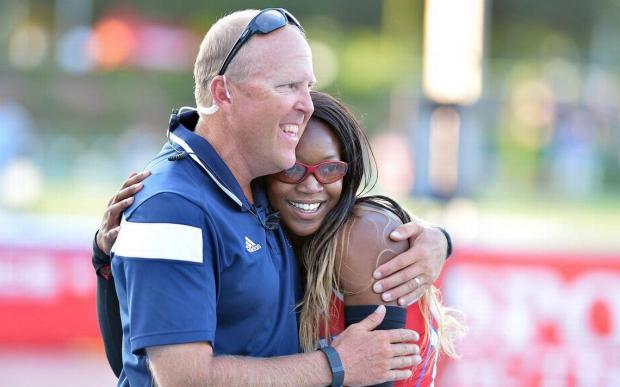 (photo by Silvia Flores for the Fresno Bee)

On top of his meet-hosting duties, Coach Weaver has found time and energy to shepherd the Central Section's most prominent track and cross country program. Brian has been on the Bears' staff since the school opened in 1991 and has been the head coach since 1999. During that time, Buchanan has won 15 CIF Central Section championships (8 for girls, 7 for boys), including sweeps of both team titles in 4 of the last 6 years. Weaver has been named a Fresno Bee Coach of the Year 11 times in his 19-year head coaching tenure, and he has

Rival coaches in the Fresno and Clovis area have tremendous respect for Coach Weaver. Clovis West head coach Barbara Bethel-Dorr, "I have had the privilege of competing against Brian Weaver over the last 25 years and over those years we have shared, encouraged and supported one another through the good times and the tough times.  He has been a valuable resource for me and is someone who has always had my back.  He works his tail off for his athletes and programs and that effort has paid dividends for him as the kids trust and believe in his training and are successful. His athletes know through all his rough exterior there is a man inside that genuinely cares for them and they respond."

Richard Brazil of Clovis North expresses similar sentiments: "When I first started Brian was a great resource for information. Brian is a true advocate for our Sport and represents our  league, his program and our district with great pride. Brian, his staff, our district and all of the other support staff have done a tremendous job with hosting the CIF State Meet over the years and the put countless hours behind the scene to insure that all coaches and competitors experience a first class meet. When it comes to competition you always now what you are going to get with their teams. The kids are well coached and come ready to compete each week. When it comes to hosting a dual or a large invitational you know that their meets will be highly competitive and well run.

Of course, if you really want to get to know a bit about coaches, talk to the athletes that are impacted by their presence. Current and former athletes regard Weaver as a central figure in their development as competitors and as people. Current sophomore distance star Corie Smith expresses a common sentiment: "He is always here for us through everything (running and life) which gives our team such a great bond. Even though he gets disappointed when we don't achieve our goals, he never gets mad. He talks in a way that encourages us to go back out the next race and achieve our goals."

Witnessing Coach Weaver handle his workload while I was in high school was unbelievable. He managed to run the best high school state meet in the country while developing top-tier athletes on four sports teams. I believe the key to his and his teams' accomplishments was accountability. He held himself to high standards for his job and expected his athletes to do the same on their part. Our standards, that ranged from showing up on time to finishing through the "championship cone" set up past the finish line, held us all accountable. His guidelines did not waver from athlete to athlete either. No one being above the team was a lesson that I had to sometimes learn the hard way. But I believe this method of treating high schoolers like adults is the reason why so many Buchanan athletes have successfully moved to the next level and beyond.

It's clear that Brian Weaver does more than enough, and the benefits extend well beyond the many individual stars he has mentored and great teams he has developed at Buchanan. 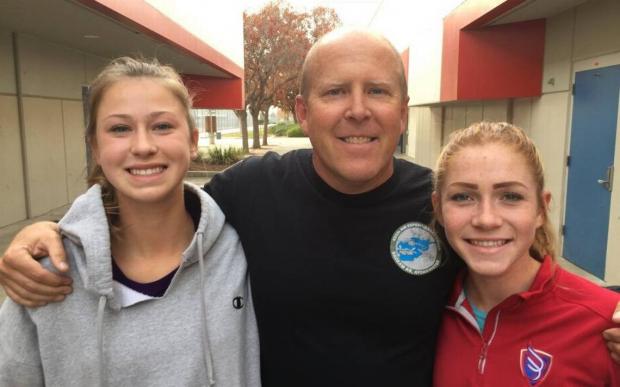