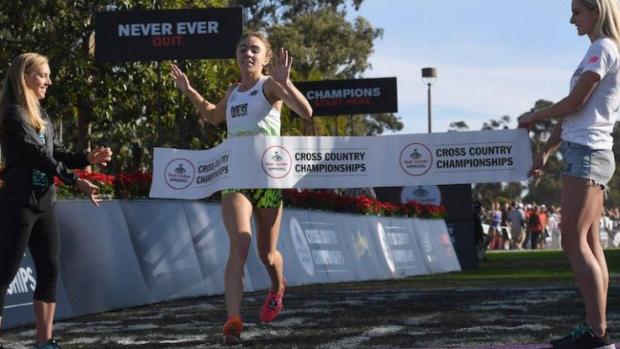 Malibu (CA) High junior Claudia Lane, the two-time CIF-State and Foot Locker National Champion, takes on an international field on Saturday at the Great Edinburgh XCountry Challenge in Edinburgh, Scotland.
"I am beyond excited and grateful for this incredible opportunity," Lane wrote in an email interview. "To be able to represent Team USA this year as a junior is such an honor!"
Lane's 2017 XC resume is already overflowing with historic accomplishments. She defended her titles at:

Lane is one of six U.S. girls who will compete in the Junior Women 4K race at Holyrood Park in Edinburgh where the forecast is for temperatures peaking at 43 degrees fahrenheit with cloudy skies.

"My biggest goal is to challenge myself in this new type of racing," Lane wrote. "I've never raced in the kind of weather or conditions that Edinburgh has in store, so I expect it will be very fun and very cold!"

Lane last raced Dec. 9 when she won her second consecutive Foot Locker National title. It was her 10th race in as many weeks and her fifth consecutive weekend of "playoff" racing, warranting a well-earned break.
"I took a full week off after Foot Locker," she wrote. "These past few weeks following then I have been running most days but have done cross training as well."
Lane is joined on the USA Junior Girls team by Kelsey Chmiel, Maggie Farrell, Katelynne Hart, Cailie Logue and Emily Venters. Chmiel was the runner-up at Nike Cross Nationals and Hart was runner-up to Lane at Foot Locker Nationals.
Logue, a freshman at Iowa State University, was fourth at the Big 12 championships and competed in the NCAA D1 final, placing 79th. Farrell, a freshman at Michigan State, was eighth at the NCAA D1 Great Lakes Regional and competed in the NCAA D1 final, placing 64th. Venters, a freshman at Boise State, was seventh at the Mountain West Conference Championships and competed in the NCAA D1 final, placing 53rd.
The Great Edinburgh XCountry event brings together top cross country runners from across Great Britain, Northern Ireland, Europe and the U.S. for competition across four gender- and age-specific categories: Junior Men's 6K, Junior Women's 4K, Senior Men's 8K and Senior Women's 6K.
The top four of the six score team points in the Junior Division races.
"I hope to have an amazing experience," Lane wrote, "being able to travel abroad and race internationally with my teammates."
Looking toward the spring, Lane said that she will take a two-week break after this event before building back up toward the track & field season.
"I think a potential challenge is the (two) week break I'll take that will follow the race, knowing that will partially cut into training for track season," she wrote. "I know it'll take a few weeks to build up my base once again, but I wouldn't miss this opportunity for that reason."
Lane won all nine of her races last spring at 3,200 meters, all eight at 1,600, won her one race at 800 and her one race at 1-mile. The only race she didn't win last T&F season was the 2-mile at Brooks PR in June when she was second to Brie Oakley, then a senior (in a race that included Hart, who was sixth as a freshman, and Vinters, who was seventh as a senior).
Take note that of the 45 races Lane has run since the start of her sophomore XC season, she is 43-2 with two 2nd-Place finishes, both to Oakley (Woodbridge XC, the second race of Lane's sophomore season, and Brooks PR 2-mile, at the end of her sophomore track season). 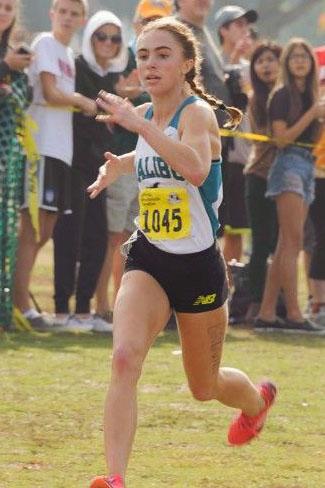