This article was written by guest author Steve Brand. 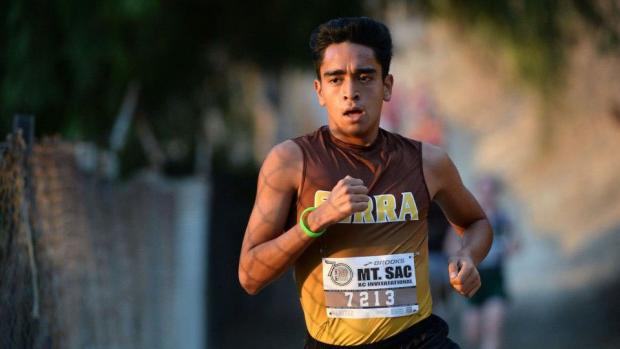 Division 1:  Isaiah Labra led Bonita Vista to a runner-up finish in the section championships in 2016 with his second place finish overall. Labra scored a convincing victory in the Metro Conference meet at 16:02.34 and the Barons had their top five runners just 46 seconds apart. Since the first four returned from last year that made sense. Labra should get plenty of competition from El Camino's Mario Trasvina and the Barons will be pushed by Avocado East champ San Marcos in the team race.

Division 2: For much of the season the big mystery was what was wrong with state third place finisher Sam Boone of Mt. Carmel, who was the top returnee in that division. Boone appears to be getting healthy quickly as he finished second in the Palomar League finals, just six seconds behind Del Norte's highly-rated Jaron Farnham. The two will square off again with last year's runner-up Zev Feidelberg (Del Norte) and Grossmont Conference champ Brady DeHaven (Granite Hills) also expected to be in the mix. Section No. 1 Del Norte is heavily favored in the team race.

Division 3: If there was any question Cathedral Catholic's Joaquin Martinez de Pinillos had recovered from a foot stress fracture in track, his performances at Mt. SAC and in the Western League championships, where he set a Morley Field record of 18:15.3, erased that. As usual, the push will be provided by Serra's Anthony Benitez, who can't seem to avoid Martinez since they're in the same league, and La Costa Canyon's Stanford twins, Garrett and Jacob. That's four of the top-five ranked runners in San Diego in the same race. La Costa Canyon should battle Scripps Ranch for the team title.

Division 4: Brad Nelson of Sage Creek is the returning champion and there is no reason to believe he won't repeat off his season-long performances. Running in the Avocado West against La Costa Canyon, the Bobcats still managed to finish 5-6 with Justin Morris stepping up. For the section it might be Daniel Rubin, who was third last year. Another to watch will be San Diego High Tech's Jaden Rosenthal, the Frontier League champ. Sage Creek is the prohibitive team favorite.

Division 5: This would have been an easy pick with Noah Monroy rolling to the tape first last year. But Monroy, who started at Torrey Pines, then transferred to Maranatha Christian, switched back to Torrey Pines and is ineligible by San Diego Section rules for cross country and track. Last year's runner-up Ethan Elisara of Julian and Francis Parker's Tanner Penrose, second in the Coastal League, have the experience and speed. Francis Parker, Julian and Del Lago are the teams to beat.

SDS Rankings: Here's a report from the MileSplit database ranking the top three-mile times for all San Diego Section boys this season.