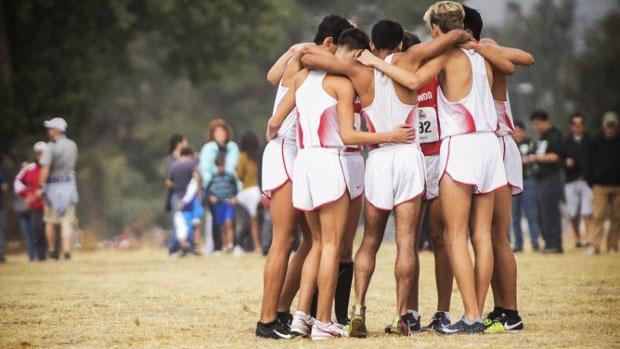 The Northern Section qualifies teams for the CIF State meet in Division 3, 4 and 5. The section does not field teams in Divisions 1 and 2.

The formula for individual qualifiers is based off of the number of team qualifiers per gender per division. The top five from non-qualifying team(s) must place among the top eight for Divisions 3 and 5, and the top 12 for girls Division 4 and among the top 16 for boys Division 4.

The section doesn't make the live qualifying process simple by running all 45 schools in the section in the same race, regardless of division. On one hand, it does produce a true section individual and team champ. That's cool. But on the other, it makes sorting through the schools by division to uncover the state qualifiers quite cumbersome.

Giannini was third in the section in 2016 but was the top returning finisher. He was 44th in the State final last year.

Pleasant Valley junior Kyle Johnson, fourth overall (16:17.30), was the top individual qualifier in D3. He will be joined in Fresno by teammates Donovan Freer (16:38.34) and Xavier Simms (16:39.38) as the only individual qualifiers from this division.

Hamilton City is the team champion of this 25-school division led by individual division champion Geoffrey Chavez, who was 46th overall (17 58.96).