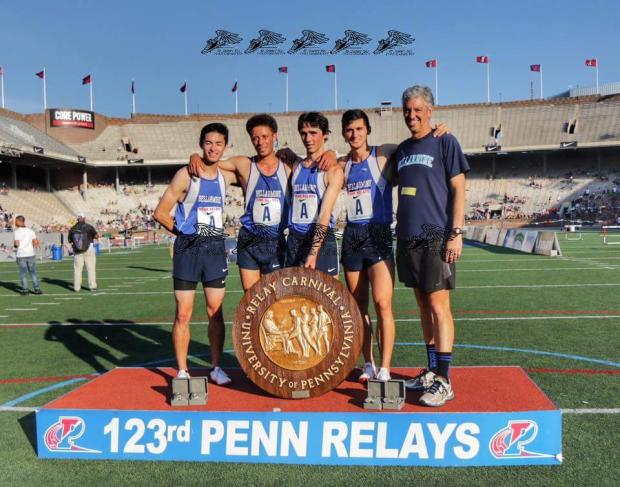 The tenth week of the California outdoor Track and Field season is now complete. This past weekend, the Sacramento Meet of Champions Invitational took center stage with many outstanding performances in the northern part of the state. We also had a monstrous discus mark at the Battle of Central Cal Invitational and another trio of superb efforts by Agoura senior, Tara Davis at the Ventura County Championships. We also had a very rare achievement, one so rare that it has never happened before. The Bellarmine boys (photo above courtesy of Ben Micallef) won the boys' DMR race to become the first California team to ever win at the prestigious event. Below, you will get to vote for the BEST performance that was accomplished this last week.

This will be our last poll for the regular season before we begin the road to the California state meet.