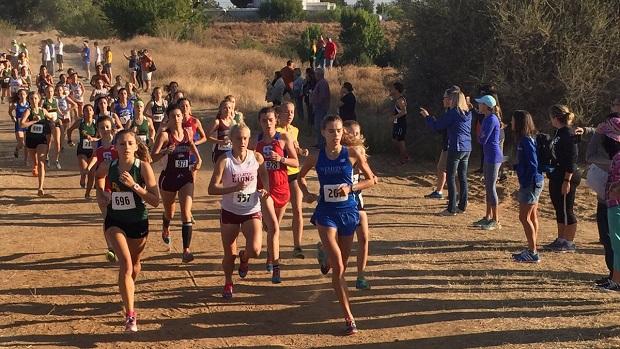 Last week, the Davis Senior girls looked dominant even without Olivia O'Keeffe, one of their top returners.  This weekend at Granite Regional Park, O'Keeffe returned to the lineup, but the Blue Devils were missing several girls to the ACT and other activities. O'Keeffe ran well, but it was Cassi Land (Sonora) who took home the win in the varsity race, running 16:46.1 (the lead bike took the varsity girls the wrong way, causing them to run a short course).  Clarissa Nowag-Nelson (McClatchy) was second in 16:46.2, with O'Keeffe third in 16:54.5.  Woodcreek took the team title over the depleted Davis Senior squad by a score of 67 - 93.