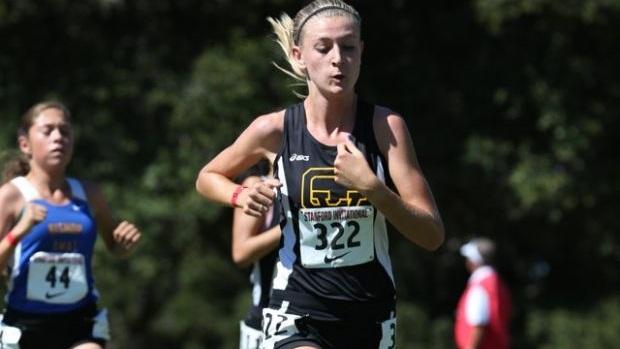 Roubidoux's dynamic duo is off to a great start this fall!  Last weekend Kevin Ramos and Erik Gonzalez were the only two male runners to break 9 minutes at the Fastback Shootout.  This week, they posted the top 2 times on the Laguna Hills course, even though they were running in separate races.  Ramos, the super soph, clocked 15:05 to outpace his senior teammate by 10 seconds.  Mira Costa's boys had the best aggregated results, with a total team time of 81:10, just 4 seconds better than Canyon (Anaheim Hills). Mission Viejo, Poway, and Tesoro also had solid showings, all cracking the 82-minute mark.

On the girls' side, it was a dominant performance by Haley Herberg that powered Capistrano Valley to the best team time of the day.  Herberg ran 17:26, 21 seconds faster than the next-best runner (freshman Akemi Von Scherr of La Quinta) as the Cougars totaled 94:15 over their top 5 performers, with Vista Murrieta in second at 94:39.  A number of other top Southern Section teams were in the top 10, as well, including Canyon (Anaheim Hills) and Mira Costa.  It will be fun to get these times into our sortable rankings so we can break them down in several different ways!