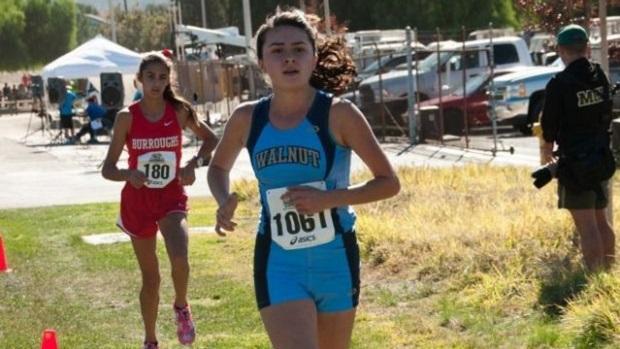 In one of the more unusual formats for an invitational, Rosemead holds 10 races Friday night and 10 more on Saturday night, for two completely separate sets of teams.

Gerardo Vazquez is back, and much improved!  The Bloomington senior had a rough 2015 season, running well below his sophomore times in some meets and showing only small improvement in others.  He started 2016 off the right way, though, clocking 14:43.98 to win the Sweepstakes Boys race by 14 seconds over teammate Alejandro Mariscal.  Ricardo Luna (San Bernardino) also broke 15 minutes in that race, but Bloomington won overall by a score of 28-48 over Yorba Linda. The top times of the day actually came in the junior race.  Ryan Vreeke and Josh Rupprecht of Valley Christian ran 14:39 and 14:41 to go 1-2, with Cesar Nava (Covina) right behind at 14:44.

Chloe Arriaga (Walnut) is the new California leader at 3 Miles after clocking a blistering 16:01.4 on Saturday night, winning by a whopping 38 seconds over her sister Emma.  They were the only two girls under 17 on the night, joining Misty Diaz from Friday night to make three for the meet overall.  Arroyo took the Saturday Sweepstakes Girls race team title, scoring just 23 points.  With all the grade level races together, however, it was Flintridge Prep's girls that won overall, scoring a total of 104 points with Norwalk in second at 187.

Not to be outdone, Charlie Sherman (Loyola) claimed the Sweepstakes Boys race on day 2, clocking 14:10.4 to also move into the #1 spot in the state 3 Mile rankings. He was followed by the St. John Bosco duo of Colby Corcoran and Ezra Sotelo, both under 14:30. Sherman's teammates came through the finish in a flood, taking places 6-7-9-11-13 en route to a dominating team win.  In combined results with all races together, Loyola scored 62 points to defeat Burroughs (Burbank) by 65.