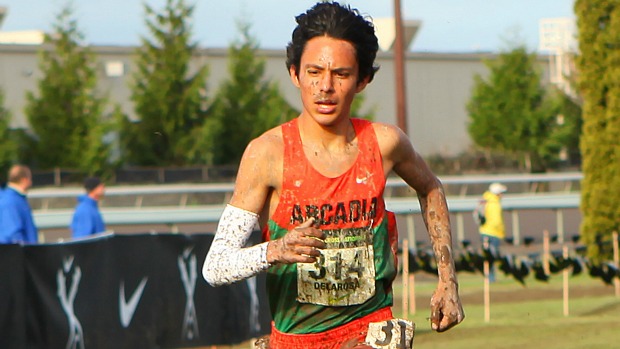 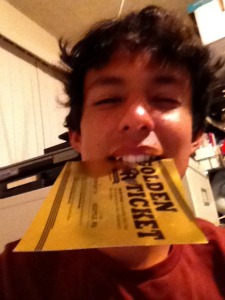 If you want to talk about peaking at the right time, Estevan De La Rosa might have been the best high schooler in the nation. The junior from powerhouse program Arcadia, finished 2nd at the CIF California State Cross Country Championships in 15:05 beating out Golden State studs Bryan Fernandez an Oregon signee, and Blake Haney among others. De La Rosa then headed north to Nike Cross Nationals in Portland, Oregon where he finished as runner-up  to Ohio's Sam Wharton and lead Arcadia to an NXN National Championship. Rounding out his stops in the states had one more title to go after the USATF National Junior Olympic Cross Country Championships where he picked up the win.

The frequent flyer miles began to pile up for De La Rosa in 2013 when he headed to Scotland for the Great Edinburgh Cross Country Race. On the European style course he finished sixth beating out some of the top distance runners including Jacob Thomason and Jake Leingang. Then it was off to sunny Jamaica for the NACAC XC Championships where he came in second in a new personal best of 19:13.00 for the 6k course beating out notables Andrew Gardner of Washington and Andres Arroyo of Florida, Recently, De La Rosa concluded his junior cross country season finishing 8th at the USA Cross Country Championships and just missing out on a spot at the World Cross Country Championships in Poland. Moussa, his former teammate realized the potential early on in De La Rosa and calls him a freak talent. He had this advice to offer the Arcadia standout for the Brooks PR Invitational.

"The best race to run is the race is the one you're used to. He'd probably just have to run at the front the whole time and kick when he hears the bell He's better when he doesnt think in races." 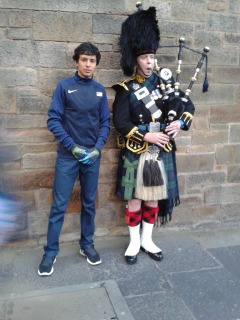 What kind of music do you listen to before a race?

I listen to Dubstep.

If you were stranded on an island with three things what would they be?
If I was stranded on a island I would want Robeks, In N Out, and my girlfriend .

What are some un-running related things people might not know about you?
I do a lot of road biking and mountain biking, I go off roading, airsofting, and I drag race with my RC nitro truck.